If you follow animes closely or have been watching them from your childhood, then every 90’s kid would be aware of the Dragon Ball Z series. Well for the fans the good news is that there is now a sequel to it named as Dragon ball super. For our newbies let us start from the very beginning by narrating the story of dragon Ball z.

Dragon Ball Z (pronounced as zee) is Japanese animated series commonly abbreviated as DBZ. It is a sequel to lesser known anime Dragon Ball. There are in total 519 chapters in Dragon Ball Manga and DBZ belongs to the last 325 chapters. The series was originally aired in Japan from April 26, 1989, to January 31, 1996. It was later dubbed and aired in many countries.

The anime follows the adventures of Goku and his companions who defend the Earth against villains and conquerors Vageta, Frieza, Cell, Majin Buu and many more. DBZ covers the stories of Goku’s adulthood and his sons, Gohan and Goten and their enemies turning to allies. The anime starts on an interesting note of a spaceship landing on Earth from which an alien named Raditz appears. He confronts Goku as his long lost brother and even tells him about his extinct extraterrestrial race “The Saiyans”. He was sent to earth as a child to conquer the planet, but due to brain damage in the journey, he lost his memory and thus his mission remained incomplete.

After this Goku refused to complete the mission which in turn enraged Raditz, and he kidnapped Gohan. Goku saves his son but in turn, loses his own life. In his afterlife, he trains himself under the ruler of North Galaxy and is then revived by Dragon balls to save earth from Raditz. There are then a series of long fights between Goku and his enemies leading to many of his allies death during the battles. Later when Goku defeats everyone, he in search of Dragon balls reaches a planet. The end fight is between Goku (by which Goku has evolved into a fabled character called super saiyaan) and magical creature Majin Buu. With a series of more fights, Goku destroys Majin Buu with a spirit bomb and makes a wish that he will reincarnate as a good person. Later Goku meets uub at a tournament on Earth and discovers that he is the reincarnation of Majin Buu. The series ends showing Goku training uub as the new defender of the Earth.

While this was the end of first part, there comes the sequel to it Dragon Ball Super. The sequel was aired in july 5, 2015 till march 25, 2018 with a total of 131 episodes. The Dragon Ball Super manga is V jump and has eight volumes.

The story is picked up right where it ended in its prequel when Majin Buu is defeated. In DBS Goku faces more powerful enemies and defend Earth from them. He defends Earth from a powerful destructive deity Beerus and in process receives the power of a god and learns his new powers under gods of the Earth.

The destructive god urges his desire to fight with the mythical super saiyaan god. Goku transforms into a god by using the power of % super saiyans to fight Beerus. Though Goku gets defeated but seeing his efforts Beerus choses to spare the planet.  Vegeta and Goku stay with Beerus to train, while on earth Frieza’s army arrives in search of Dragon Balls to revive him. Though he is revived, despite getting a transformation he gets defeated by Goku and Vegeta, in turn, Frieza destroying the Earth in retaliation. Whis turns back time, and Goku kills Frieza again.

There is then a new addition of character Champa (brother to Beerus) ho convinces Beerus to hold a tournament between the best fighters from each of the God’s universes for possession of Earth. Goku joins the tournament. Reaching to the second last match with Hit and not able to defeat him using his full powers Goku forfeits the match. Which in turn Hit does the same and thus Universe seven wins?

Late in the series, a new powerful enemy appears known as Goku Black. It is later revealed that Goku Black is none other than Supreme Kai himself from universe 10 and had taken Goku’s body form another universe to wipe out all immortals and attain immortality. Later he is destroyed, and Grand Zeno holds a new tournament ‘tournament of Power’, and at Goku’s suggestion, 8 out of 12 universes participate.  But it becomes a survival tournament when Grand Zeno declares that defeated universe will be erased forever. Goku, Gohan, Piccolo, and Frieza join the tournament representing Universe 7 to protect it. The tournament ends with Goku and Frieza defeating all other representatives and in turn dying themselves. The sole winner of the competition remains, and he wishes for the revival of the universes erased. The Grand Zeno grants the wish and Goku, and his friends return to the Earth where Goku and Vegeta pledge to become stronger.

Now that you know the plot of the series, and that the shows no longer air on the Tv as well here are some of our recommendations where you can watch Dragon Ball super.

This is a website where you can watch all episodes of dragon ball super in sub and dub versions. You can also watch Dragon Ball movies too here.

This site is home to lot other animes, soundtracks and Asian dramas along with Dragon Ball super.

The website features all episodes of Dragon Ball super in sub. The website also has all series of the same name.

This is a Spanish website thus it is recommended for the help of people knowing Spanish.

You can register at the site to have an ad free experience. The site homes all the series of dragon ball in both sub and dub versions.

Along with watching hindi movies, hollywood movies and web series, you can also stream and watch animes on this site. However, the site has started to show some server problems recently.

The site is highly recommended as it contains zero spams and you can even watch the series offline by downloading it. The site offers a great image quality too.

This site specialises in streaming Dragon Ball series and the movies in both sub and dub versions. Covering all the episodes this site is highly recommended.

This site again works in the same manner as the above site and features all the episodes of Dragon ball super.

The site has got official rights from the creators of Drago Ball super. Therefore, there would be a requirement for setting a VPN for this website. 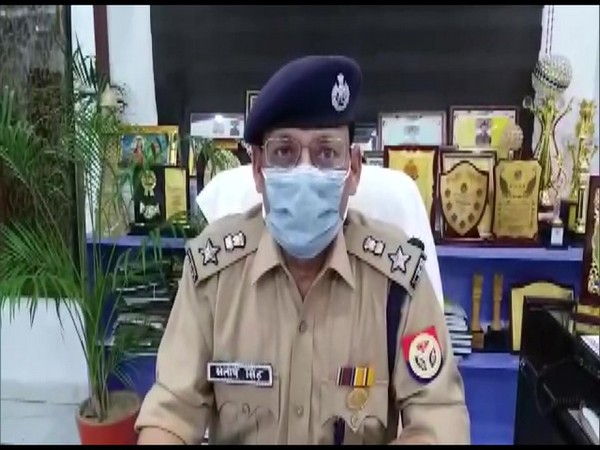 Get latest articles and stories on India at LatestLY. An Uttar Pradesh police head...

Miracast For PC: How To Download And Install Miracast On...

Are You looking To Download And Install Miracast On Your Windows 10,8.1,7 And Mac...

Madalsa Sharma was seen in a romantic style with husband...

Madalsa Sharma shared a romantic photo with her husband Mimoh Chakraborty on Instagram....

Delhi Corona Cases: There is a steady decline in the cases of Coronavirus infection...