Phase 6 of West Bengal assembly election on Thursday. All you need to know - Hindustan Times

Phase 6 of West Bengal assembly election on Thursday. All you need to know The Matua votes are at the centre of a struggle for control between the ruling TMC and the opposing BJP in West Bengal. 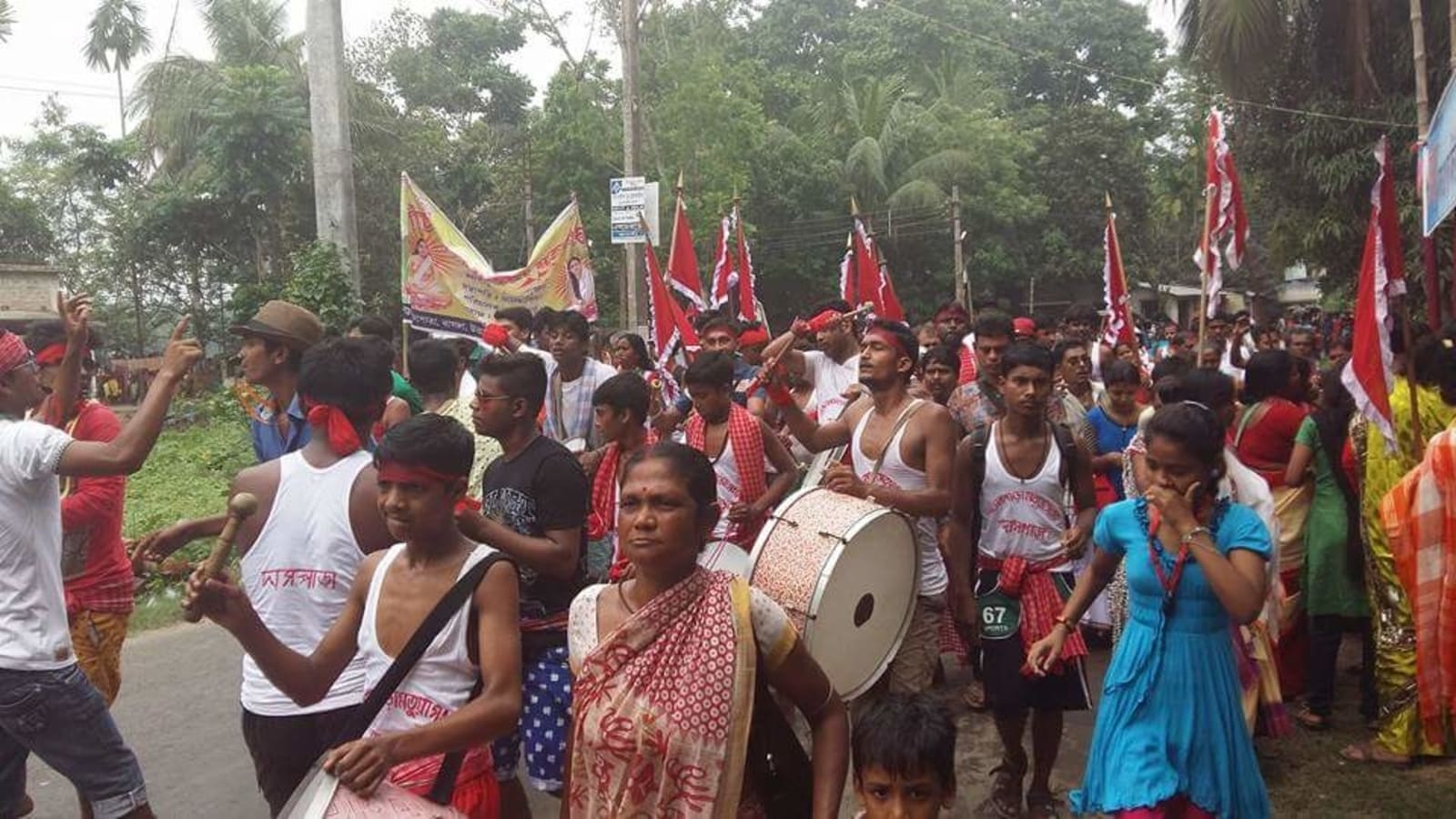 Phase 6 of West Bengal assembly election on Thursday. All you need to know

The Matua votes are at the centre of a struggle for control between the ruling TMC and the opposing BJP in West Bengal. Poll observers will be closely observing the verdict in the Matua segments of Bongaon, Nadia, Coochbehar, Dinajpur, and Burdwan, among others, in these ongoing assembly elections.
By hindustantimes.com | Written by Joydeep Bose | Edited by Avik Roy

In the sixth phase of the West Bengal elections, the Matua strongholds of Bongaon and Krishnanagar, near the India-Bangladesh border, are among the 43 constituencies across four districts in the fray. With citizenship for refugees having emerged as a key poll plank for the Bharatiya Janata Party (BJP) in the run-up to the elections, the party will be closely observing the verdict in these segments to run a test case for weighing pros and cons for the newly enacted Citizenship Amendment Act (CAA). The Trinamool Congress (TMC), on the other hand, has been claiming that the BJP made "false promises" to the members of the politically significant Matua community on citizenship and that these people already are Indian citizens.

Click here for our entire coverage of the 2021 West Bengal assembly elections.

Here are a few key pointers on the tussle over Matua votes:

Who are the Matua people?

The Matua people form a sect of Vaisnavite Hinduism and are Namasudras, a Scheduled Caste group, with ancestry that can be traced back to the eastern part of undivided Bengal. After the Partition in 1947, many of the Matua migrated to West Bengal in India.

The Matua population is estimated at 50 million, of which about 30 million are in West Bengal alone and 15 million are listed as voters. Tracing their roots to 19th century undivided Bengal, they are considered to have the power to swing elections in as many as 30 assembly seats and can have a significant impact on another 50.

The Matua strongholds of Bongaon, Nadia, Coochbehar, Dinajpur, and Burdwan, among others is a battleground for the Matua votes at the centre of a struggle for control between the ruling TMC and the opposing BJP.

Since the 2019 Lok Sabha polls, both the BJP and the Trinamool Congress (TMC) have outdone each other to woo the Matuas. In 2019, the BJP managed to get a foothold in the 24 North Parganas, which is part of the southern region of the state and a TMC bastion. This, BJP leaders said, was because of the support they got from the Matuas, on the basis of the promise of a Citizenship (Amendment) Act or CAA, which promised citizenship to Hindus, Sikhs, Parsis, Buddhists and Jains coming from Pakistan, Bangladesh and Afghanistan, and credited Mukul Roy for victories in these seats.

The CAA has been passed in Parliament but is yet to be implemented on the ground. Union home minister Amit Shah on a visit to Thakurbari pilgrimage site for the Matua community in February last assured that the process was only delayed because of the coronavirus disease (Covid-19) pandemic and that the party would not renege on its promise to give the Matuas their long-standing due -- a paper to certify their Indian nationality. Since then, the party has intended to stretch the issue till the West Bengal elections and focus the discourse on the issue of Matuas being "neglected" till the CAA supposedly came to their rescue.

The TMC, on the other hand, has turned the tables on the BJP's intentions and claimed that the Matuas have already been given all rights as citizens. It questioned how those who have election cards and been part of the election process for years be sold the idea of an identity they already have.

Attacking the BJP, West Bengal chief minister Mamata Banerjee has claimed that if BJP is voted to power, it will keep the people of the state in detention camps as it has done to "14 lakh Bengalis" in Assam. Mamata, in an attempt to appease voters in the region, had in the run-up to the 2019 elections not only visited Bongaon but also announced an allocation of ₹10 crore for the Matua development board apart from sanctioning a university.

Matuas, with their sheer size of the population and tendency to vote en bloc, just like the minorities, make for an enviable vote bank that all the political parties had tried to secure since the nineties. TMC chief Mamata Banerjee had first reached out to the Matuas and other Schedule Caste communities, such as the Rajbanshis, around a decade ago. She nominated members of the Matua Thakurbari as candidates in the 2011 elections, and that, in, turn, played a role in paving the way for her victory.

After the BJP gained grounds in the 2019 election, the TMC quickly went on a course correction drive and regularised all refugee colonies, giving them land rights, besides politically exploiting the delay and confusion over the implementation of the CAA. Banerjee, who has allotted ₹10 crore for the Matua development fund, has cautioned Matuas that citizenship law would add to their woes, and the saffron camp may just classify them as ‘foreigners’ following its implementation.

Although the BJP is confident of pocketing Matua votes this time, the brewing resentment among a section of the community members over the delay in the implementation of the CAA may cost it dearly in some seats. BJP national vice president Mukul Roy, who is contesting the elections from Krishnanagar Uttar seat, however, is certain that Matuas would favour the BJP over its rivals in the assembly election this time. "Various political parties, including the TMC, have betrayed the Matuas from the beginning; it is only the BJP which is fighting for the cause of their citizenship. The Matuas are firmly with us," Roy, who is in the fray after a gap of two decades, said.

'Burqa' an evil custom, Muslim women will be freed from...

Miracast For PC: How To Download And Install Miracast On...

Are You looking To Download And Install Miracast On Your Windows 10,8.1,7 And Mac...

Are You Looking To Get Free Amazon Gift Card Codes Online legally? Here We Discussed...

What Are The Best Places To Buy Cheap Robux?

Robux are primary currency in Roblox. Purchasing Them directly from Roblox website...

Struggling To Run Android Apps & Games On Your Mac PC, Here We Have Listed The Best...

WhatsApp Stickers for Android, iOS: How To Create Your...