Fortnite: How To Change Character

Here are the complete in-depth guide on how to change fortnite character. If you want to customize you character both on Battle Royale & Save the world this guide will help you.

Fortnite has ranked among the most popular online games that let players experience all the content it has to offer at zero cost.
Whether you prefer playing on console or PC, just download the client, install it, and you can enjoy unlimited access to Fortnite's Battle Royale mode for free.

Strangely, the only selection that isn’t free is your choice of character.

Lots of Fortnite newbie players are usually perplexed when their default skin selection is made for them by the game so they often end up wondering if they can change the gender of their character into something they like better.

If you’re reading this post, you’re most likely among those players who would like to know how to change character in Fortnite.
You’ll find all the details right here.

What Exactly Is Fortnite?

Fortnite is one of the finest co-op sandbox PC games available on Windows and macOS, as well as on Xbox One, PS4 consoles, and just recently - iPhone.

If you haven't been living in a cave for the past decade, then you've probably heard of Fortnite: Battle Royale, even if some of us might not know of the original Fortnite game mode known as Save the World.

The plot of Fortnite: Save the World plays out in a post-apocalyptic world, where approximately 98% of the Earth’s population has vanished, and zombie-like monsters are now free to inhabit the land.

Players can venture out solo or as part of a 3-man team, consisting of other Fortnite users, to defeat their enemies.

You could also decide to play solo along with other AI (Artificial Intelligence) members of your team. Or you can just disable this option if you're looking to enjoy a truly solo experience.

Fortnite: Save the World’s missions typically involves defending different world regions from the enemy or searching for and protecting any stranded survivors, while doing battle with monstrous creatures on your way.

Creativity and tactical thinking are also essential to playing Fortnite in Save the World mode.

You must always plan ahead in terms of building fortified structures and working together as a team to defend your territory and any possible survivors from the enemy’s advancements.

Fortnite: Battle Royale mode, on the other hand, is a highly competitive PvP game where as much as 100 players vie against one another on a tiny island where all of them have to scavenge for food while exploring the terrain, searching for materials and booty - all the while trying to stay alive.

You’ll discover loads of hidden weapons along with ammunition, armor, medication, and a variety of other items which if used properly will help you to wipe out your enemies and survive.

Moreover, you can accumulate resources, which can later be used for building refuge, stairs, and even for shielding yourself from a barrage of bullets.

You can gather wood, metal, and bricks by demolishing structures, cutting down trees, bushes, dismantling cars and any other useful stuff you can find.

While the storyline moves forward, weather storms continue taking over more territory and limiting your playing field, eventually forcing players to move closer to one another, and do battle until only one remains.

Just like in Fortnite: Save the World, players can travel solo, or as part of a 4 member team.

Comparison between Battle Royale & Save the World

You can collect materials in both Battle Royale and Save the World by breaking down items.

You can then use those materials you’ve acquired to build defenses, with the only difference being that Battle Royal allows you to decide whether you want to collect certain materials for use in building stuff; whereas in Save the World, your missions will necessitate doing so.

Hence you should expect that you will have to stop at some points in the game to build fortifications so you can progress.

You’ll find many similar building materials and weapons in both game modes; although there are also numerous traps and objects in Fortnite: Save the World, which cannot be found in Fortnite: Battle Royale.

Players will also be pleased with the special weapons available in Fortnite: Save the World.

They include laser rifles, flame-throwing SMGs, plus a few more.

Fortnite: Save The World Guide to Change Character

You’ll find an abundance of characters on Fortnite, and every single one of them has special traits and a unique story.

Especially in Fortnite: Save the World, where players can choose between Soldiers, Outlanders, Construction workers, or even Ninjas.

But, if you have not yet unlocked other heroes, you’ll have to start playing the game as a Soldier-class hero.

Here’s how you can unlock other heroes in Fortnite: Save the World:

Congrats! You have successfully enabled the Fortnite change character option in Save the World.

Perhaps you wish to really express your uniqueness and individuality by using a special Fortnite character that identifies more with your personality; using the Fortnite customize character option is the best way to achieve this goal.

After the games’ initial launch in 2017, there were no Fortnite change character options that enabled players to change their costume; instead, a character would be generated randomly.

Now, you can purchase new skins with your V-Bucks or you can acquire the battle pass for a season which allows you to select any skin that is available in the Fortnite store.

If you're looking to buy additional Fortnite skins, acquiring a battle pass is undoubtedly the cheapest option.

After purchasing new skins, you’ll want to equip your outfit; you can do this by following a few straightforward steps.

Perhaps you have already bought new skins, or are considering buying them; you can equip them to enable the Fortnite change character option.

Here’s how to change your character in Fortnite: Battle Royale:

Congrats! You have successfully enabled the Fortnite change character option in Battle Royale.

And while a changed skin can't necessarily be regarded as a different character, it’s the next best thing to the Fortnite change character feature currently available on Battle Royale.

Are There Other Character Optimizations For Fortnite?

This next titular question on our Fortnite change character guide is a FAQ.

Players have been requesting for Epic Games to integrate this Fortnite feature.

However, there is no official information about whether or not any such character optimization options will be added, or when players can expect them to occur.

Although, lots of new features are added to the game constantly, so any one of them may be Fortnite change character optimization, which should enable you to select any character you wish, and also add a few customizations of your own, such as gender, hair & skin color, etc.

Here's How To Change Your Character In Fortnite:

Follow these simple steps to learn how to change character in Fortnite:

We certainly hope you learned a few tips & tricks after reading our 2020 guide on how to change character in Fortnite.
Feel free to bookmark this page so you won’t miss out on the latest Fortnite hacks.

Fortnite Optimization: How To Increase FPS In Fortnite (2020 Guide)

Are You looking To get Free Hotstar Premium Accounts Username And Password To Watch...

How to Fix an Unmountable Boot Volume in Windows 10 (Guide)

How To Install Kodi On Amazon FireStick - A Complete Guide...

A Complete In-Depth Guide On How To Install Kodi On Amazon Firestick (Fire TV Stick),...

Tricks To Get 10GB Airtel Free 4G Data (Codes To Get Airtel...

Are you among those searching for how to get free data in Airtel? Here In this article...

Looks like you’ve decided to run another operating system on your computer without...

Here are the list of best Minecraft mods you can use to revamp your favorite moddable... 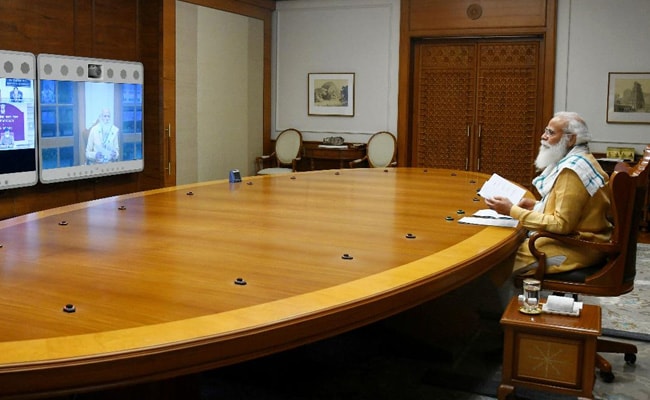 "Like We Did Last Year, We Will Fight Covid With Greater...

PM Modi on Saturday held a meeting with top officials to review the Covid. (File)New...

How to the Fix ‘DNS Server Not Responding’ Error on Windows...

Windows Network Diagnostics can be performed on Microsoft computers to help the...