Here are the top 10 best kodi builds which will help you upgrade your Kodi's UI and expand its library with dozens of fully-working Top Kodi addons.

Users need to install various Kodi addons to get Kodi’s media center up and running; this task is always time-consuming. If you desire to reduce the effort and amount of time needed for the installation of different add-ons as well as active Kodi repositories, you have to utilize the best build for Kodi.

What Are Kodi Builds?

Kodi Builds help you set up Kodi by creating the ultimate streaming center.

Kodi is essentially free media-centered software which is accessible across a wide range of operating systems. The Kodi application allows you to stream media like live TV, movies, sports, and TV shows.

Kodi builds will automatically install everything that is needed for Kodi to run with one click; these include add-ons, electronic program guide, settings, and skins among others.

In layman’s terms, imagine Kodi is an unfinished basement of a house. There is a strong foundation, trusses, and frames that support the roof. These are the basis required to sustain everything else inside your home.

The foundation is used for storage; the walls are for added support and interior design, while the roof is used to erect a proper ceiling. Kodi can be described similarly. The Kodi app hosts applications and components that can be used in streaming media.

How Can I Use Kodi?

You already know what Kodi offers; you may now be wondering how you can get it. Kodi is currently available in the following operating systems; Windows, Mac OS X, Linux, iOS, and Android; meaning you can install the Kodi app. on your personal computer for streaming of your favorite media.

Moreover, users can install Kodi on their Android phones, tablets, or iPhones and enjoy viewing the content therein.

After users have finished installing Kodi on their device, it usually takes a while to customize it to suit you. That is, you have to select the settings, add-ons, and skins that suit your intended purpose. However, the Kodi Build offers users a single-click option of installing the various skins and add-ons that come with lots of content.

By utilizing the Kodi Builds, you can save plenty of time which you might otherwise have used in locating and selecting user specific add-ons.

In my experience, installing Kodi Builds is an effective way to stream and download content quickly and adequately; especially if you aren’t tech savvy.

Top Kodi can be installed easily via Kodi's settings tab. The builds come in a .zip file format. The same way you would install applications on your Laptop or Android device.

How to Safely Use Kodi Builds

Before you begin streaming with your Kodi Builds and add-ons, you must be aware that everything you download or watch on Kodi is visible to your Government and ISP; this means, downloading and streaming copyrighted content (TV shows, free movies, sports) can get you into trouble legally.

I strongly advise Kodi users to connect via a VPN when streaming. Using a VPN for Kodi should bypass Government Surveillance, geo-restrictions, and ISP throttling, on popular add-ons.

ExpressVPN is the most secure and free VPN. It usually comes with a one-month money-back guarantee which means, one can use it for free during the initial 30-day period and if you aren't satisfied with its performance, which is very unlikely you can request for a full refund.

It must be said at this point that we are not encouraging the violation of any copyright laws however, you may end up accidentally streaming media content from illegitimate kodi sources since it isn’t always easy to distinguish between legitimate and illegal sources.

The Kodi builds mentioned in this article aren’t listed without testing. We have personally tried and tested each build for its performance.

Most Kodi users regularly use the No Limit Build because of its loads of benefits in terms of online entertainment. It currently stands out among others as the most comprehensive Kodi build.

No Limits Magic Build features Aeon Nox 5; Silvo Skin that has a well-organized, clean interface combined with a futuristic appearance.

One benefit of installing the No Limit Kodi build is its bundled add-ons. Users can locate popular Kodi add-ons such as Quantum, Covenant, Elysium, BOB, Bennu and Unleashed.

To enhance users’ streaming content experience, the No Limit Magic Build frequently receives new updates while the old and non-functional add-ons become replaced with fresh ones.

(compatible with Kodi 17.6): This is another Kodi build that can always be found in most lists containing the best kodi builds since it still has a functioning streaming and downloading link, regular updates, and a neatly organized interface.

Lobo Build has a file download size of 2000MB, and it makes use of the beautiful Aeon Nox skin. Its add-ons have been categorized into sections such as All-in-one, Movies, Kids, Music, TV Shows, and Sports.

(compatible with Kodi 17.6 Krypton): Some 2019 Kodi builds are already pushing the limits of the application. They come with an unlimited amount of animations as well as dozens of add-ons separated into different content categories. Hence, it is nice to see a Best Kodi build that does not occupy too much space while performing admirably.

As one of the earliest Kodi builds, the Misfit Mods Lite has a simple interface with plenty of media content. Users of this build get to use several add-ons which can be easily updated when needed.

(compatible with Kodi 17.6 and Kodi 18.1) - Unlike most other Kodi Builds we have on the list, Titanium Build was recently launched.  Still, it is well equipped with an entire world of entertainment content making this build to stand tall among other top Kodi Builds.

Users of this build, enjoy Live TV, Live Sports, Movies, Kids Zone, YouTube, Sports Highlights and Replays, as well as Live Television for major US and UK cable TV channels. It has a minimalist and clean user interface for a better all-around experience.

Formerly called diamond dust (compatible with Kodi 17.6 and Kodi 18.1) - Diamond is arguably the best build for Kodi presently. Its build incorporates a remarkable collection of only the most exceptional add-ons like Monster Munch, DeathStar, The Magic Dragon, SportsDevil, and much more.

Sadly, the Diamond build does not offer any particular children's section. So, if you want to entertain your kids, you might have to install the required add-ons separately.

(compatible with Kodi 18.1 and Kodi 17.6) – OneNation’s Portal Build brings to its users a complete database of some incredible Kodi builds.

Whether Feature-rich, or Lightweight, you will locate all kinds of builds for Kodi here. There are over 20 different builds to pick from for both Kodi 18.1 Leia, and Kodi Krypton.

Every build is unique and comes with its range of features. But, mostly, all builds are similar in form and function.

(compatible with only Kodi 18.1 Leia) - 1Amazing boasts one of the best designs for Kodi builds I have come across. One look at its beautiful interface and you are sure to be impressed.

The layout of 1AMAZING’s build is very user-friendly and unique. The build appears neat and allowing for incredible ease of navigation and use.

The build for 1AMAZING was a well-planned structure to enable quicker access to TV shows and movies, and also many other parts of its interface.

(compatible with Kodi 18.1, Kodi 17.6, Krypton, and Leia) - Streamline Kodi build is another high-end build which works flawlessly with Kodi 18.1.

The Whiz-Kid Wizard, which this build provides to users, has a decent collection of add-ons for videos and all kinds of media streaming needs. Users can watch your favorite TV shows, movies, sports streams, and live TV, via streamline’s popular add-ons such as Mancave, Exodus Redux, Maverick TV, The Magic Dragon, Supremacy, Supremacy Sports, and several others.

Despite its small size, Streamline does not miss out on any essential features. As I mentioned, you can stream almost anything you want. Bottom line, Streamline is an excellent Kodi 18.1 build for you to have.

(compatible with Kodi 17.6 and Kodi 18.1) – The Red Wizard is another great build for Kodi 18.1 from the inventory of One Alliance Reborn. Although the build's title says "Adults Only," it offers much more than strictly adult content.

(compatible with only Kodi 17.6 Krypton) - SkyDark is an excellent-looking Kodi build that comes with a  good collection of video-add-ons for movies, TV shows, Live sports, and children’s shows, plus a decent set of features.

Despite being larger than 450 MB, skydark’s build manages to maintain its speed and smooth functioning.  SkyDark's Kodi builds boast just about everything anyone could want from a build. Yes, its Live TV section is mediocre, but I have observed that this is usually the case with many builds. There are not many good add-ons for Live TV.

We hope you eventually managed to install one of the top Kodi builds highlighted in this post. We did our utmost to bring you the latest guides and most detailed descriptions. In case you are having issues, do not hesitate to contact us.

An easygoing person with a knack for writing. Loves to laze around and binge-watch TV series. Best way to catch her attention? Show her a meme she hasn't seen! the tec site 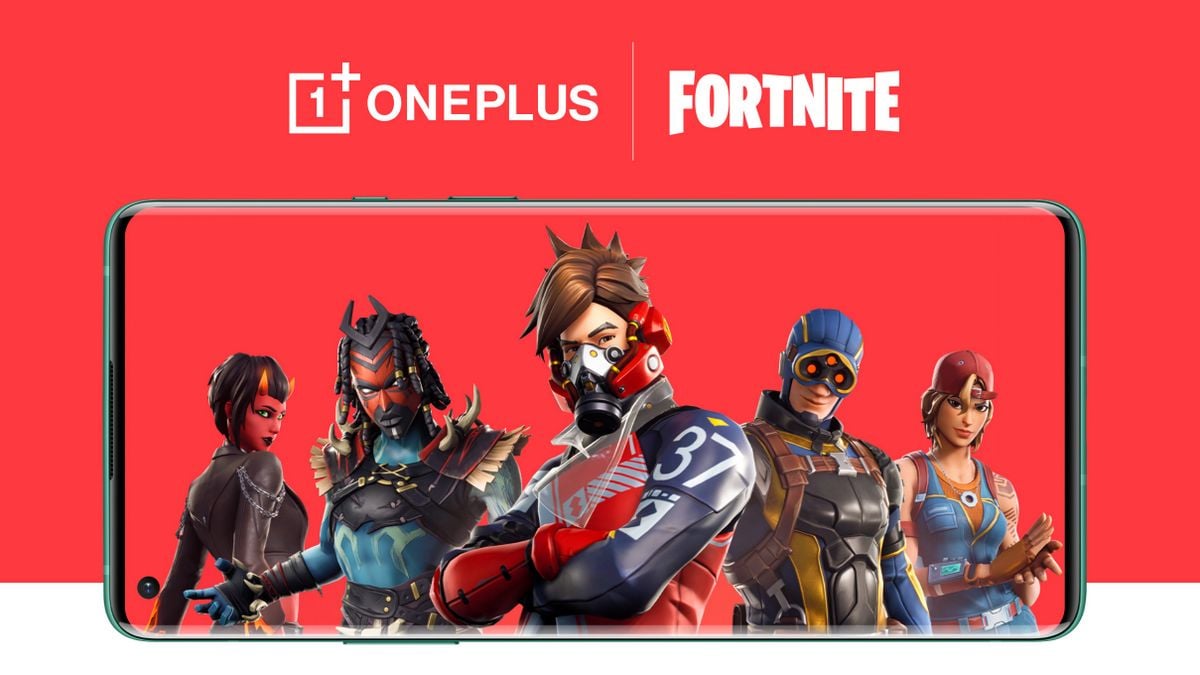